In the fifteen years I have been boomeranging back to London to see family and friends, never has that fleeting glimpse of summer the Brits get coincided so marvellously with my trip… until now.  And London in the sunshine is just glorious. 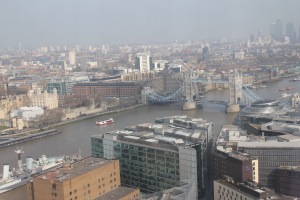 The kids and I had a ball with family.  For the first time, we had all 8 little people together.  Not that we could get a photo where everyone is smiling or playing nice, but that is okay.  Memories were being made.

It is perhaps my deepest source of sadness, this irrefutable fact that I live, literally, on the other side of the world from most of my family.  Or, perhaps I should say, that they live somewhere I don’t really want to live.  How I wish they would come and live with me. We have great coffee guys, you are likely to get at least 8 months of good weather and the trains don’t stop running just because it is too cold… or too hot.  The sea sparkles, the beaches are made of sand, not stones and the place over-runnith with new world wines. Sigh.

Given London really is a city of grown up bankers, the variety of things you can do with kids  in and around it is amazing.  From theatre to farm animals we took in so much that Matt eventually declared he had had enough.  “I just need a day to relax,” he informed me.  Hysterical.  He sounded just like his father.

In galloping order, here is what we got up to:

Jet lag be damned, we weren’t sitting around waiting for sleep to get us.  No sooner had we landed (my beautiful sister came to greet us at the airport, darling woman, what an amazing site for tired eyes!) and decamped, we were off for a brisk walk, a last minute dash for the train and a gallop around Crystal Palace.  Football was played, animals were patted and the full gamut of playground equipment utilised.  The city farm here (more zoo, perhaps) had Arabella sighing enviously and expressing her desire to volunteer to muck out the animals. (Oh for the same attitude with unpacking the dishwasher!) 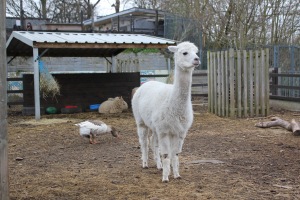 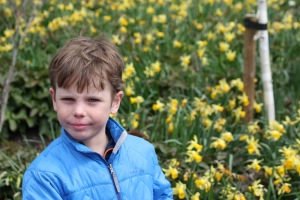 Christmas Tree Farm was a idyllic piece of country life in the same sleepy hamlet that Darwin lived in.  We picnicked in a meadow and fed ducks, pigs, sheep, cows, horses, bunnies.  Arabella almost adapted a sleepy pony and Matt photographed everything and chased the guinea fowl. 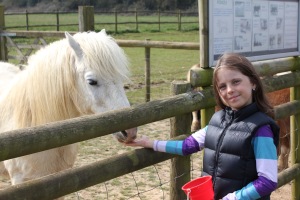 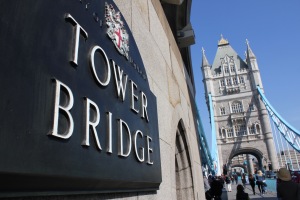 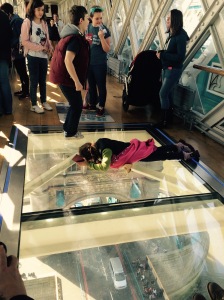 It is hard to believe just how amazing this bridge is.  For a paltry nine quid you can learn all about it and its place in history, see the old steam engine rooms (Matt was absolutely fascinated – we had to physically drag him away) and walk across the bridge from high in the sky, where a glass floored passageway lets you look down at the red double decker busses and ant-sized people scuttling about down below.  Or if you are like me, you can gingerly press yourself up against the wall and not look down too much for fear of being sick.  Irrational, but there you go. 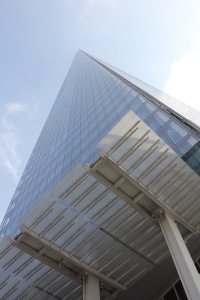 Look, its not often the top of the Shard can be seen for the low-slung grey clouds but even so, I didn’t really want to fork out the fortune it costs to go right to the top just to feel like I was going to feint.  So, we went half way up and had coffees and drinks at  Oblix on level 32.    Friendly service, welcoming of kids and grandmothers alike and not fussed about what shoes you are wearing.  Avoid Aqua – we found them to be stuck up and snotty.

Well, not quite a palace, but appearing all the world for one – Penshurst Place has gorgeous Elizabethan walled gardens, one of those amazing adventure playgrounds the kids love and lots for everyone to do.  The big old hall, with fire pit and stone floors is reminiscent of something out of Game of Thrones. 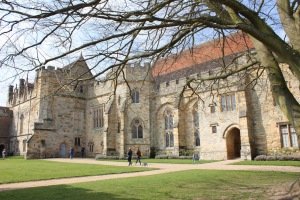 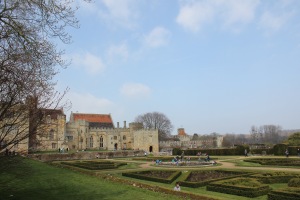 6. (The Making of) Harry Potter

A must for Harry Potter fans and general movie buffs.  The original sets, the props, the artwork, the great hall complete with flagstone floors and working fireplaces, the moving stairs, broomstick flights, wand lessons, Hogwarts Express, Daigon Alley, the night bus, the house on Privett drive… you name it, it is here.   The kids were most enamoured with the animatronics and the scale-built castle.  Worth every cent… 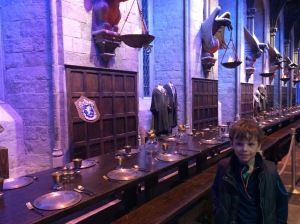 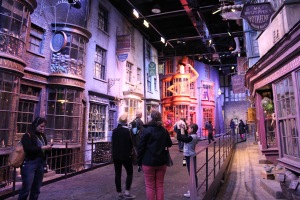 Do this.  Take your kids to Hamleys and watch their eyes light up.   Mike says it is one of his clearest memories from a trip he did with his mum to London and I suspect Arabella will say the same.  She spoke to every sales person, tried out every toy on display and could have stayed for three hours more! 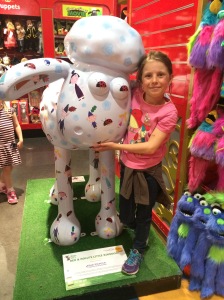 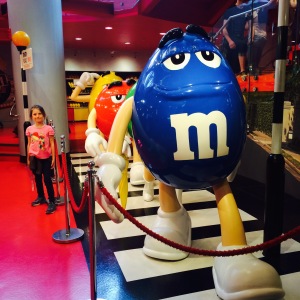 I went up to this part of London to meet some friends, and managed to see it glistening in the orange glow of dusk.  With its quaint lights and bars spilling over with people… it was romantic.  What a pity I didn’t have my beloved by my side for a romantic stroll down the Thames.   It was also a place we found TWO Shaun the Sheeps… (all in all we spotted about 10 of the supposed 52…).  We jumped on a ferry and motored down the Thames.  We had planned to do the “cable car“, but Matt wasn’t feeling great, so we just sat in the sunshine (more sunshine!) while the kids ran through the fountains in great delight! 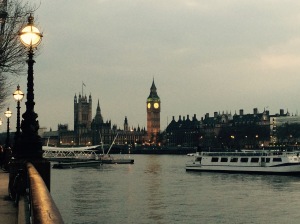 Ah, the magic of Tim Minchin.  Or any musical theatre.  Or even non-musical theatre.  Perhaps this is another downside of not living in London.  Missing out on the easy access to a vast and vibrant theatre scene.  See Mathilda – wherever you are in the world.  Brilliant. 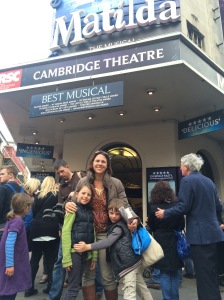 The most special part of the whole trip was, of course, being able to share special moments with the special people I have in my family tree.  Easter, family dinners, Ben’s birthday.  My family is large and chaotic, they spill over boundaries and fill up rooms and spaces, with their sheer energy and noise and size.  They are the most enjoyable part of being in London and the reason we return year after year.    Whether it is just taking a walk, having a heart to heart, watching the little people play, playing games (we love playing games, and I miss it greatly being so far away), hanging out with family is what makes London meaningful to me.  On our last day in London, my brother said, what shall we do, I know, lets just hang out and play games.  So we sat in the sun and played Uno.  Memories. 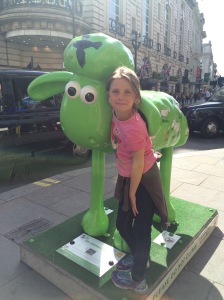 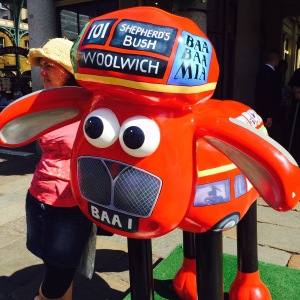 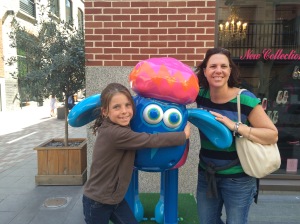